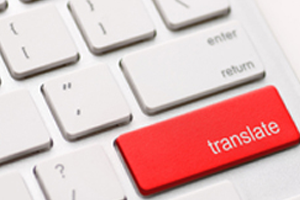 Secrets of English to Spanish translation

Idioms have a way of making things seem easier to express. Whether it’s exaggerating a situation or using an abstract concept to express a feeling, the Spanish and English languages have their own cultural sayings, which shape the way they view and use language.

Upon entering the phrase into online-translator.com, „Tomar el pelo” to translate spanish to english, you get the phrase; “to tease.” The reader can take solace in knowing that the machine translator knows what both phrases mean, however the choice is still up to the reader as to which of the two they will embrace. Which of the two phrases is most appropriate? As a non-native speaker, you will never know… Even though the translator meant well, the reader is faced with the greatest cognitive dissonance, and this shows that not all online interpretations are accurate when translating cultural phrases.

Why is Spanish translation difficult for computers?

Another example of this cultural misunderstanding is the phrase; once in a blue moon. In accordance with translation2.paralink.com, spanish translation of the phrase is „una vez en una luna azul”. This expression can never be directly translated into español.

Instead, native Spanish speakers know two different sayings which are equivalent to the English expression. One of them is “cada muerte de Obispo,” the spanish to english translation of which according to translation2.paralink.com is: “Every Bishop’s death.”

A Bishop suddenly keeling over, and dying is such a rare occurrence, that it caused Christian Spanish speaking countries to embrace this idiom as a correct measure. The other is “de higos a brevas,” which directly translates to: “Figs to ripen early,” according to imtranslator.net. Higos are figs and brevas are the early fruits that fig trees produce during the summer season, in June and July. A blue moon and a fig which has ripened early, are two rare occasions. Figs have been part of the Spanish culture since ancient times, and Spain is one of the countries where the fruit is primarily grown.

On the other hand, there are many phases in Spanish which can be directly and easily translated into English, and vice versa. As an example, if you translate english to spanish „To kill the goose that lays the golden eggs”, its Spanish counterpart is; “Matar la gallina de los huevos de oro.” This is according to the comparison translation tool on imtranslator.net.

Can software ever replace a Spanish translator?

Not all cultures are the same and this is most obvious in how they utilize language particularly in use of idioms. Sometimes, you’re just a word away from completely cursing someone. Therefore, if you want to translate english to spanish meaningfully, it is better to consult an expert spanish translator and a cultural expert capable of conveying the meaning behind the idiom. Machine translation has become very advanced but it is far from replacing the superior knowledge of a human translator and the question remains will it ever?