The Role of the Medical Interpreter 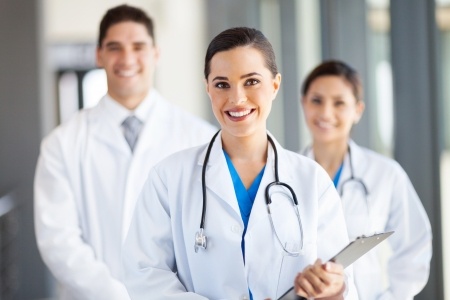 According to the National Center of Immigrant Integration Policy, 9% of the US population was designated as LEP or Limited English Proficient in 2010. This, according to the Center (which is an arm of the Migration Policy Institute) constitutes a growth of about 80% from the 1990 US Census. It was, therefore obvious that vital services such as health, mental health, housing and education for this population, would soon impose a change. Linguistically and culturally appropriate services were needed for this growing population, most urgently, to provide medical translation services.

When can a medical translator help you?

This brings us to the role of the professional medical interpreter who trained and specialized to work in the medical field including diagnostic and treatment settings. The medical translator’s role has become very vital in assisting doctors and the clinical community, in providing services to patients within the LEP population. It is no longer acceptable for anyone who speaks good English to assume the role of a certified medical interpreter or even for any settings.

Can one imagine what would happen if communication at the doctor’s office fails as a result of errors resulting from lack of accuracy and experience in the cultural nuances of the language? A great deal of information that is relevant to the diagnosis and treatment will be lost in translation, if for example the translator is not experienced in medical Spanish, resulting in endangering the life of the patient and jeopardizing the role of the doctor. Here are some examples of expressions that may be miscommunicated in a serious way when performing medical language translation.

“Sala de Agonía” does not seem as serious as it sounds for an English speaker, since “agonía” sounds like agony. To someone with basic Spanish, this can be interpreted as a “pain room,” which makes no sense.

Sala de agonía can mistakenly be interpreted as living agony or an agony room. To native English speakers these definitions do not properly convey the urgency of the situation “agony” because they may be considered as conditions that can be managed with analgesics or pain killers.

So what exactly does the word; “agonia” mean in Spanish medical terminology?

Agonia describes the state at which a person is near the final stages of death—whilst “Sala de Agonía” is a hospice where people who are terminally ill, or close to death, stay during their last days.

Such variety in meaning that can only be conveyed by a fluent seasoned native speaking healthcare interpreter are so key to the communication between a doctor and a patient.

Avid Translation specializes in health, medical and mental health interpretation services. We stress the level of experience and expertise in Spanish medical terms of medical and health care interpreters working with us in these settings.