Using Google Translate as a Writer 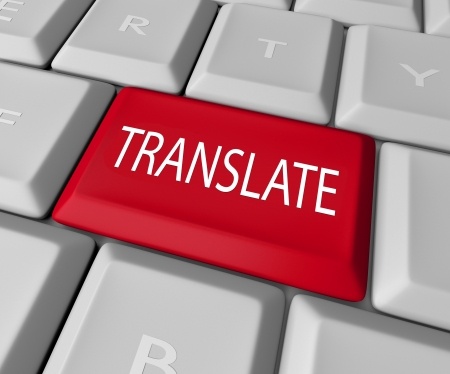 ‘Google Translate’ is a tool launched by Google with the purpose ensuring that information is universally shared “regardless of the language in which it’s written.”

In the words of Nelson Mandela, “if you talk to a man in a language he understands, that goes to his head. If you talk to him in his own language, that goes to his heart.” These words may inspire one to venture into writing in a foreign language. Yet these inspirational words may have the opposite effect for the writer, especially when trying to write a literary piece in French. Let’s see a few examples, what happens when we translate English to French.

The most common problems of French translation

Just like Spanish, French requires conjugation, which is a battle one faces when using Google translate, as the translations are in the infinitive, therefore making no linguistic sense. This frustrating task would require one to revise each sentence to ensure that it makes sense. Not only is this demotivating when performing French translation, but makes one question every single word used and the inability to communicate the meaning and context to different cultures. For example, when finding the English to French translation of “getting on someone’s nerves”, Google translate defines it a “à taper sur les nerfs de quelqu’un” which does not convey the actual meaning.

Google translate does have its perks. Case in point; it allows people to translate a document or webpage into a somewhat understandable language to suit individual needs. It also does help to increase ones’ vocabulary when learning a new language and saves a bit of money, as it only requires an internet connection.

What is the English to French translation for “sleeping in”?

It also comes with major shortcomings for anyone looking for professional translations that relate full and correct meaning. After looking for the French to English translation of the phrase to sleep in, the Google translator calls it “dormir dans.” But this does not sound right! The phrase suggests that the sentence is incomplete as “dans” is usually followed by a noun. For instance, “to sleep in the car,” would be “dormir dans la voiture.”

So what is the French phrase for sleeping in? After researching further, one can conclude that the phrase is faire la grasse matinée, the French to English translation of which is literally to make the fatty morning. Now imagine doing that for all the other phrases, while making sure that the word order is appropriate and that the conjugation is used correctly because, of course, Google translate only translates the phrase in the infinitive, especially, if the pronoun is not used in the sentence. Exhausted reading the last line? Well, that’s how it feels to use Google translate for English-French translation. Will that ever change? Will Google translate be able to provide accurate meaning for the idiomatic uses in the language for English to French translation and also when we translate French to English?

That remains to be seen as google is actively recruiting a community of French translators and other foreign language translators.